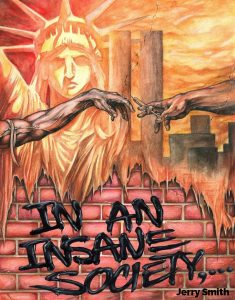 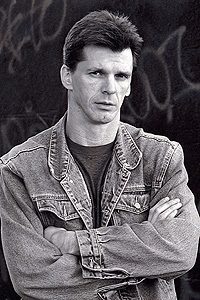 Jerry Smith took his first bus ride to New York City at the age of sixteen and was fascinated. Fascinated not by the glamour of Broadway or Fifth Avenue, but by the city’s darkness and desolation. With his attraction to the bowels of the metropolitan and the natural progression of things, he became a vigilante. For four plus years he rode the subways, walked the drug-infested streets, hung out in Shooting Galleries, and taunted death.

Crazy you say? Well, In An Insane Society,… a sane man often appears crazy. What’s really crazy is that his personal little drug war was effective. He has done everything from fighting a heroin junkie trading her eleven-year old daughter for a fix to working with Drug Czar William Bennett’s representative and speaking in schools. He has been an unabashed anti-drug activist for more than forty years, and both a street fighter and a professional fighter for at least that long. He was a title holder in the world of kickboxing and rated one of the top ten fighters in the world for eleven years. Much of the material in the book is extracted from personal experience in the streets of New York City. Being shot at, stabbed, a chunk of flesh sliced out of his leg, blown out discs from a two by four across the back, a fractured skull from a pipe wielding maggot, too many scars, and countless broken bones has made his life, and novel, a memorable tale to tell.