section and everything up until
* * @link https://developer.wordpress.org/themes/basics/template-files/#template-partials * * @package Agni Framework */ ?> Prologue - In An Insane Society - The sun begins to sink slowly... 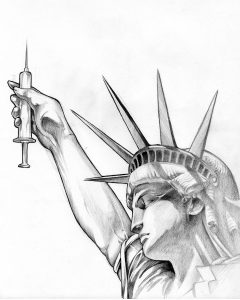 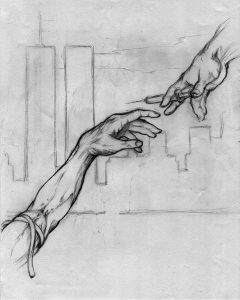 The sun begins to sink slowly and the slime seeps into the streets. Addicts, restlessly eyeing potential victims, instinctively spot easy marks; panic is their favorite emotion. The wide-eyed victims-to-be scamper through the streets seeking the safety of a prison they call home, rushing to the cruel irony of locking themselves behind bars to find escape, … although death sometimes resembles a favor.

A siren blasts and a man in a street torn tee-shirt bolts out of an alley carrying the pocketbook of one of those nameless victims. A quick left turn, a highjump over a chain-link fence, and he’s on his way. Tires smoke as a squealing patrol car grinds to a halt. Apathy and the fear of paperwork cancel any chase. The cops return to cruising the neighborhood with the realization that they are nothing more than spectators.  Evidence is abundant, only justice is scarce.

Uptown, a string of buyers, rivaling that of a Friday night movie house line, lead to one of the many neighborhood crackhouses. A man wearing a shirt that reads `Just Say No’ stands at its front.  Inside, along with the stench of human waste, an anorexic man in boxer shorts hunches over a plate of crack cocaine. Razor in hand, he works with a jeweler’s concentration, prepared to take in food stamps and government checks in a humanitarian effort to help his customers deny their shakes for one more day.

In the Bronx, a torn window shade allows a faint street-lamp to flicker on the lifeless body of a desperate girl who sought salvation from the needle. It remained, deeply impaled as a reminder of the poison that plunged into a flattened vein then sucked life out.  The inevitable trip to the city morgue was more than she bargained for,… although some would say she is one of the lucky ones.

Dealers lining the neon backdrop of 42nd street bark out a list of drugs. Reeling in a buyer, the same mouth spews out tiny balloons; red for cocaine, blue for heroin. In a darkened hallway of a condemned building, a junkie fixes up and mainlines pure cocaine. Moments later his heart explodes.  A tiny red balloon rests by his side.

Brooklyn gathers a curious collection of sightseers straining to catch a glimpse of the recipient of misguided drive-by vengeance. A preteen girl fights her way through the crowd. Raped and robbed at a Shooting Gallery in the projects, she staggers home to rummage through her mother’s purse. With the appropriate change cradled in her hands, she hurries back to the scene of the crime once again attempting to score her drug of choice.

A baby rooming with cockroaches and rats screams out through the murky midnight madness. Wailing in pain, he epitomizes his mother’s heroin addiction. Her half-closed lids seek solace from a pin-prick hole; it’s a feeble attempt to avoid a life she’s not worthy of. A glassine bag with dusty remnants drops to the floor.

Here it’s not unusual to see the battered and bruised body of an infant discarded like loose change. The Housing Projects are breeding grounds for disease and death. Mothers trade in the care of their children for a vial of crack while other enemies invade the streets. Drugs ravage the city like a five-alarm fire, all the while eating away at the families, environment, and any sign of dignity.  Dead statistics take the place of flesh and blood; they grow with the problem.

Turf wars, coke whores, skin poppers, and pushers are met with plea bargains and deals as backlogged courts guarantee an easy out. It’s a time when the government strips away the rights of the innocent and Civil Rights do more wrong. It’s a time when lawmakers, prosecutors, and Public Defenders hurry to get nothing done. And once again the House Judiciary Committee regurgitates promises of how `Things will change’. All the while crack pipes glow in vigil for a city that has died.

We are just about through the 1980s. The past few decades have been an erosive devastation of one generation as another follows. No need in asking how it came to be, it simply is. Welcome to New York City.